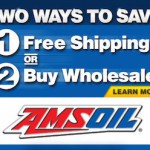 AMSOIL is the first in synthetics in two ways. One, AMSOIL was the first synthetic lubricant developed in the US in 1974 by retired jet fighter squadron commander Albert J. Amatuzio. He developed the very best in synthetic oil products. Second, AMSOIL is second to none for protection and longevity when it comes to performing in any application. No other oil manufacturer will guarantee extended oil change intervals. Combining the best in protection and reduced downtime with fewer oil changes, this will save you money in the long run.

Contact us today to find out how you can save and benefit from using the first in synthetics.

If ever there was a debate about who makes the best synthetic oil then the Amsoil vs. Mobil 1 argument clearly gets the most attention. Yes, I know you’re reading this article on an Amsoil Dealers website so you think it will be a forgone conclusion I’m going to say Amsoil right? Well read through this article as my goal is to simply cut through the clutter that seems to cloud this very topic of the best synthetic oil.

The other night I was on both google and YouTube reading up on the forums and watching some videos and one thing was very apparent; the best oil was always the one that person was using. What was very consistent in all the articles and videos is no one could really say they used more than one brand or at the most two in order to offer up some kind of comparison. So the guys that used Castrol Syntec liked Castrol and the guys that used Mobil 1 liked their oil best.

No one gave any hard data or any particular facts that would indicate they had any background in testing a motor oil and that is the point of this article. If you really wanted to know if one product worked better than another then wouldn’t it be logical to run side by side test that can be measured?

No need to make this complicated and you don’t have to be a chemist in order to test a few different oils in your engine, just be able to figure out your mpg is all it takes. If you are going to test any oil against Amsoil always make Amsoil the last oil you test. I have seen other oils show better test results if it was tested after Amsoil because of the residual Amsoil left inside the motor.

The mpg your vehicle gets is an exact formula of energy used and nothing more, this test can’t be rigged because the efficiency of your engine is the result of the resistance it must overcome plain and simple. In simplified terms if the internal components inside your engine have to overcome less resistance due to a lubricant making it easier for these components to move then the oil that delivers the highest mpg is the better oil, make sense?

In well over a hundred test that I personally ran or assisted others in determining what oils deliver the best results, Amsoil never finished less than first. It was virtual tie between Mobil 1 and Castrol Syntec for second place, however their fuel mileage increases were negligible at best. Amsoil consistently showed increases in the 1.5 to as much as 3.5 more mpg and this was just in the engine, you can expect better fuel mileage when changing transmission and gear oil too.

So before you go out there on the internet and research the best synthetic oil just use some basic common sense and don’t be swayed by just a few who prefer a certain brand. The big difference with Amsoil is this; if you ran one of the other top 3 synthetic oils on the market and regularly changed your oil every 5,000-7,500 miles you will more then likely experience a trouble free vehicle, you won’t get any argument from me on that. However, I would encourage you to explore the benefits of Amsoil for two reasons; better fuel mileage and longer drain intervals.

My first experience with Amsoil was no different from anybody else…

I was very skeptical about the cost of synthetic lubricants and the whole idea of extended oil change intervals. My introduction to Amsoil began some 30 years ago, where I signed up as a dealer at a trade show.

I heard about the benefit of synthetic lubricants and how they offered extended protection compared to conventional lubricants. Back then, when conventional oil was about .43 cents a quart and synthetics were over $2.00 per quart I thought it was hard to justify buying one quart of synthetics for what it cost to buy the entire oil change using conventional oil. My driving habits were that of going back and forth to work and driving around town. There were no real major trips where I put many miles on my vehicle so, I never pursued using Amsoil Lubricants and let my dealership expire.

Then my driving habits changed.

I quit my 40/hr/week factory job and went on the road doing contractor safety oversight and started driving up to 300 miles per day. With my belief of changing oil every 3,000 miles, I was in an instant oil change about every 2 to 3 weeks. I could see where this was costing me a lot of money and downtime, so this is when I started looking into Amsoil again. I was going to try the idea of extended oil change intervals, but again, I was still skeptical.

I purchased an Oil Analysis Kit, which Amsoil said I needed to do with extended oil change intervals and continued to monitor the oil in my truck. When there was about 12,000 miles on the oil the oil looked pitch black and being still skeptical about this whole idea I decided to change out the oil and send in a sample to Oil Analyzers. The sample came back ok for continued use and I could not understand this given how the oil looked.

This was about the time I met Steve Tarini, Certified Lubrication Specialist and Amsoil Independent Distributor. I was still having second thoughts and had all kinds of questions for Steve about Amsoil Extended oil change intervals. What Steve told me made sense to me, “Just because the oil looks bad doesn’t mean the oil is bad, it simply means the oil is doing its job by cleaning the engine”. He further added that proper filtration is required to filter the oil, which Amsoil offers a complete line of filters and filtration systems.

He also said, “Oil does not cause problems in engines, engines cause problems with the oil”. I was confused about what that meant at first but Steve explained that an engine could have a bad injector causing fuel dilution in the oil and you would never detect it when you changed your oil every 3,000 miles with no Oil Analysis performed on your oil. Steve further educated me on the benefits of using Amsoil Lubricants and this helped me understand the scientific approach behind extended oil change intervals.

I started becoming less skeptical about the idea and on my next oil analysis, I had more questions about the results and the testing criteria. I called Amsoil Tech Support myself and started asking them all kinds of questions on the results of my sample. They went into detail explaining to me and giving me answers to all of my questions eliminating any second thoughts I was having. Today,

I use Amsoil for everything and wonder where I would be if I did not have second thoughts 30 years ago. 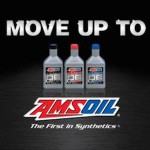 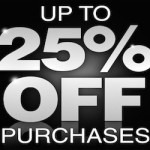 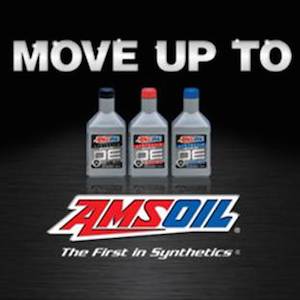